What is Nourishing Life?

Yang Sheng is a Daoist philosophy that is usually translated as Nourishing Life or Nurturing Life.  The name alone speaks volumes.  What does it mean to Nourish Life?   Take a moment and ask what is Life?  What is Life Energy?  Where does is come from?  How do we Nourish it?  Well, the Daoists have divided Life Energy into 3 basic categories called Jing, Qi, and Shen.   They are all elements of the Energy of Life and are commonly referred to as The 3 Treasures.

Jing is most often defined as the biochemical make up of your body, hormones, and sexual fluids, but has also been expanded to include all the substance of the body.   It is referred to as Essence, associated with the Kidney System in Chinese Medicine.   It is the most ‘dense’ of the 3 treasures.   The Daoists believe that one is born with a certain amount of Jing which gradually declines throughout life and is the explanation for aging.  Nourishing Life practices are designed to conserve Jing and thus slow the aging process.

Qi is commonly referred to as Energy or the invisible energy that gives life to the body which is closely associated with Breath.   It is also believed to be the motive or functional force in the systems of the body, as well as the body’s first line of defense against external pathogens.  Nourishing Life practices like Qi Gong and Tai Chi are designed to cultivate and store Qi (Chi).  When there is a surplus of Qi, it is believed that it can be transmuted into Jing, thus lengthening Life.

Shen is usually translated as Spirit or a highly refined Qi.   It is also associated with the idea of Consciousness which links it to the Mind and the Heart.  We have all heard that the eyes are the ‘windows to the soul.’  Well they might as well be considered Windows to the Shen.  In Chinese Medicine, prognosis, in part is determined by viewing the brightness of the eyes.   One who has ‘good Shen’ as seen by the twinkling quality of the eyes, is considered to have a good chance of recovery.

Nourishing Life practices include exercise, diet and meditation.   This sounds simple,  and it is! However, in our culture exercise is more often than not a practice that depletes Qi and Jing and can potentially disturb our Spirit or Shen.

Nourishing Life is all about balance and getting in tune with Your Own Guidance System.  The wonderful thing about the practice of Qi Gong and Tai Ji Chuan is that, if properly practiced, both arts preserve Jing, Cultivate Qi and Nourish & Calm the Shen.  These are master practices which I highly recommend in conjunction with other types of exercise.     Certain types of Yoga practice are just as effective, but many types have the overall effect of depleting Jing — the ‘hard’ styles of Ashtanga, Bikram and other Hot Yoga can actually do more damage to the Jing if not properly balanced.   This is not to say that you should never exercise hard or practice these styles of yoga, it just means that you may be depleting your Jing if doing too much of a certain style.  Qi Gong, Tai Chi and Light Yoga are extremely balancing certainly don’t deplete Jing, Qi or Shen while opening up the possibility of actually restoring Jing, improving the quality of life and, according to Daoist Philosophy, lengthening life.

How will you Nourish Your life today? 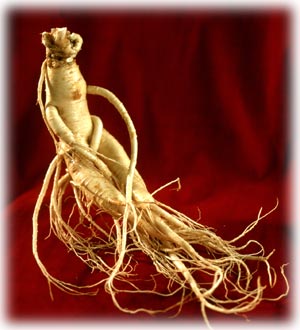 Every Journey Starts with a Simple Step